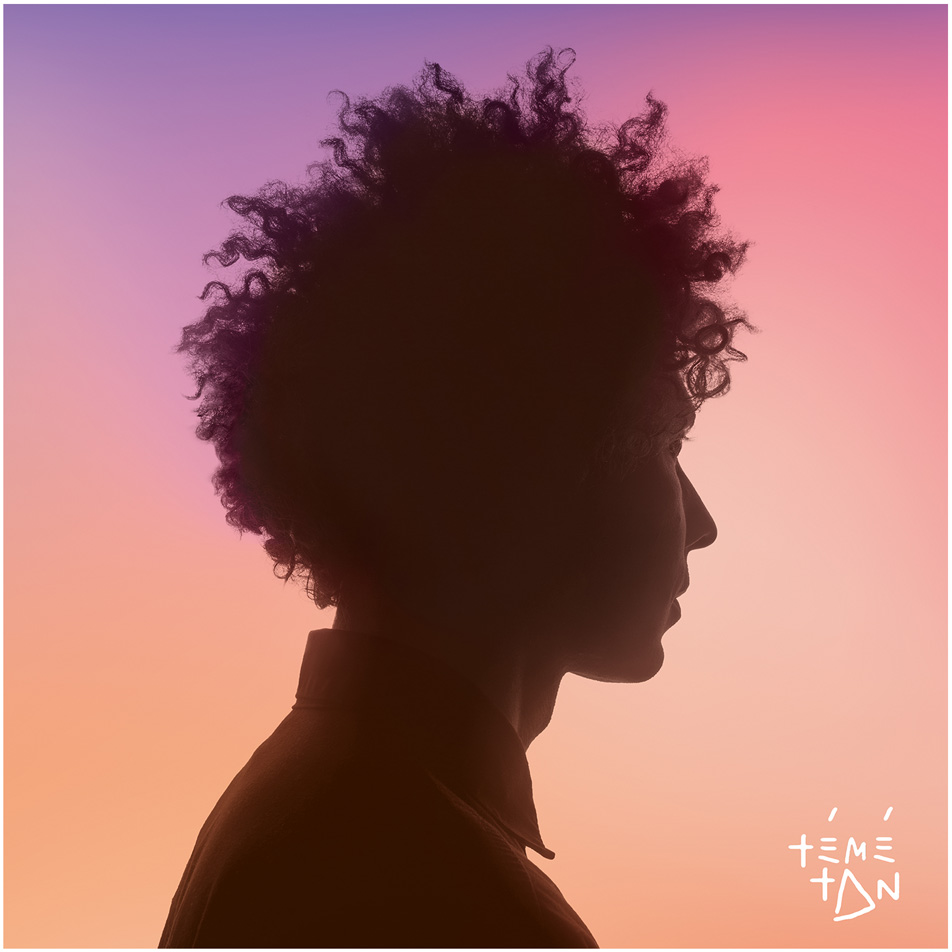 We live in a time when understanding the benefits of migration and sharing of ideas is more vividly important than ever. Many of the best and most innovative musicians are those who produce radical synthesis of sounds and cultures from across continents – but there are few who do it with such deftness, lightness of touch and infectious enthusiasm as Tanguy Haesevoets, aka Témé Tan. His music is both ultra modern, reflecting the life of a man who can feel at home on four continents, and shot through with a deep respect for older traditions and identities. It works both instantly, with the lilt and groove of a natural entertainer, and as lasting food for thought, full of deep and intriguing questions.

Travelling is in Tanguy’s blood: born in the Democratic Republic of Congo, his family were constantly back and forth to both Belgium and Kinshasa. “I was accustomed to fly at a very, very young age,” he says. “Even alone – a very early memory is my brothers and I being taken care of by a hostess on the plane.” He grew up surrounded by the zouk and rumba music of his Congolese relatives, but it was in Brussels, while at school, that he started to make music. To begin with it was just “rapping to rap records and trying to sing to Michael Jackson records – then one day I had to do a school assignment, so I decided to rap it instead of speaking it out loud, and some people in my school were looking for a singer for their band and that’s how I got into rehearsing and doing concerts.”

It’s clear that Tanguy is possessed of some serious determination, and an unquenchable thirst to learn. Though he’d never played any instruments before his first band, he taught himself guitar because he’d fallen in love with Brazilian bossanova and tropicalia – unique and complex sounds both – and didn’t know anyone else who could play them, so though he should do it himself. Likewise, he started learning to tap out rhythms on an MPC sampler because he wasn’t hearing the beats that he wanted anywhere else. “I recorded sounds everywhere on my little Dictaphone,” he says; “then I switched to producing and putting overdubs on things. As long as I’ve been writing songs, I’ve been producing it too.” That is to say, that the sound of the songs, and the songwriting itself, were always part and parcel of the same process.

During this period of experimentation, people would call his tracks ‘world music’, which he “felt very strange about.” He was always happy to consider himself African (“that’s where half of my origins are”) yet in Congo he was perceived as white and European , so there was no easy identity for him. But as he travelled, pursuing his studies of Spanish and English language literature, he would discover a musical identity more complex than even his origins might have suggested. Studying in Spain he met people from around the world, and that became a jump-off to travel around Latin America, including Brazil, and then an extended stay in Japan to meet up with friends he’d made in Andalucía.

While in Japan Tanguy went through a phase of getting deeply into sophisticated Japanese electronic pop by artists like Cornelius and Tujiko Noriko. “But then,” he says, “a new Konono n°1 album came out through Crammed Discs and it spoke to me so much because of growing up in Congo, I was truly overwhelmed by that ‘Congotronic’ sound.” It was at this point that things came full circle, and all the influences from his world travels – whether 1990s rap on the Belgian radio, 1960s Brazilian grooves, 2000s Japanese experimentalism or modern bands like Animal Collective and cLOUDDEAD – connected to his very earliest musical memories, and he began to conceive of a clear voice and identity for himself among all of these sounds and strands. It was here that the name Témé Tan was first coined by his Japanese friends.

By the time he returned to Belgium, he’d realised that working and playing solo was the way to go: not least because the solo shows he did with a LoopStation sampler were the only ones he could accept spontaneously without having to make compromises . A 7” single he released together with Brussels DJ Bompa (Xavier Daive) took off, getting the attention of PIAS – and now, a couple of years later, he is ready to begin the next phase. Happy now that there is a climate where acts like Jai Paul, Mo Kolours and El Guincho can unselconsciously join cultural dots without being branded ‘world music’, Tanguy is ready to reach out to the world that has inspired him.

“I don’t have a big plan,” he says; “but I’m always thinking of the future. Right now me and my team are always working – thinking about shows in another country, or on another continent, or about visuals and films: not just for the next single but anything we can do connected to the music. I want to work with people wherever I travel to, and be inspired by them to do more.” He may have found a creative space for himself built on all the phases of his life, and all the nations and cultures he’s experienced, but it’s clear Témé Tan has only just begun learning and expanding.